I own knives from various price ranges from cheap to not for the average knife user.  My favorite of the cheap knives I own is a Boker G4 designed by Chad Los Banos.  I have really liked the other Boker knives that Chad has designed and when a friend sent me the G4 I was ecstatic. 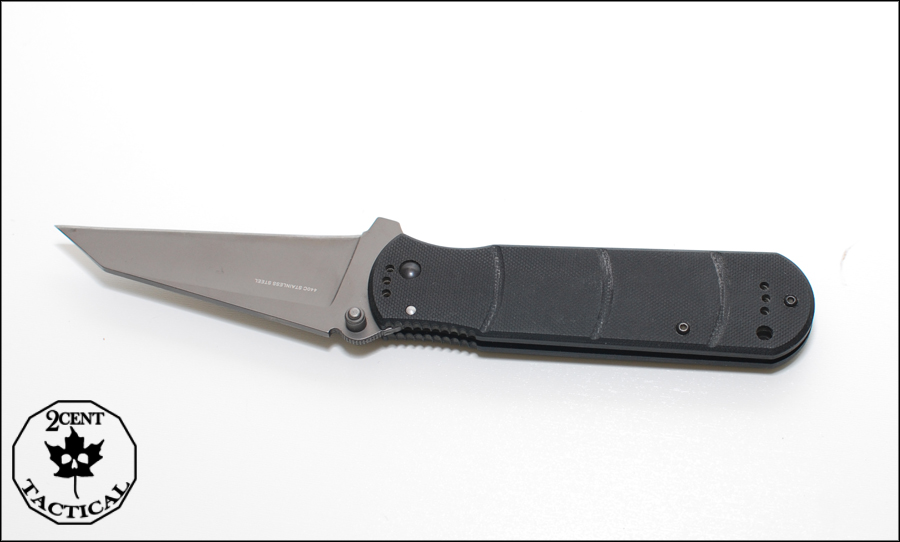 As far as $40 dollar knives go this is most certainly one of my favorite.  The G4 sports a very sharp wharncliffe blade made of 440C stainless steel.  The blade is extremely pointy and designed for both stabbing and slicing using the tip.  The dual thumb studs protrude past the side of the body allowing you to easily open the knife with gloved hands. 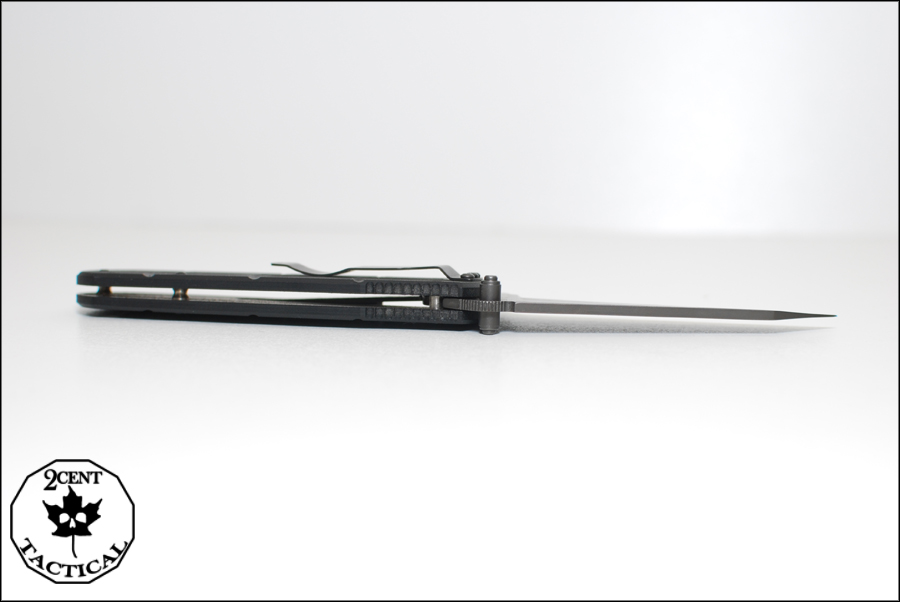 This might be part to fault with why the knife opened in my pocket.  More on this later.  The blade is covered in a dark grey rust preventing coating that has held up well so far.  The blades two built in guards are small but work well as a stopping point for your hand.

The scales of the knife are made of G10 with a textured finish and three curved indents to aide in grip.  The edge of the G10 scales where your thumb rests while holding the knife in a sabre grip has extremely grippy jimping.  This  is so your thumb keeps contact with the handle and doesn’t allow your hand to slide forward if you have a good grip on the knife.

The G10 body is drilled out two have four separate mounting points for the clip.  However I recommend to only use the ones that keep the knife in tip down configuration.  I typically carry my knives in my left pocket in tip up configuration.  This allows me to draw the knife and open the blade in one move instead of rotating the knife around in my hand.  I set this knife up as such and went to the office to swap out things into our storage room.  As I was doing this I must have bumped my knives thumb stud against something causing the blade to partially open.  When I reached into my pocket I hit my pinky finger off the blade and cut it.  I am not 100% sure what caused the folder to open but the other G4 I handled had the same strength detent ball holding it closed.  This would need to be beefed up before I considered carrying this knife in tip up configuration.  Had I been doing section attacks or something that involves leaping and crawling around on the ground my gentleman bits might have had unwanted field surgery performed on them. 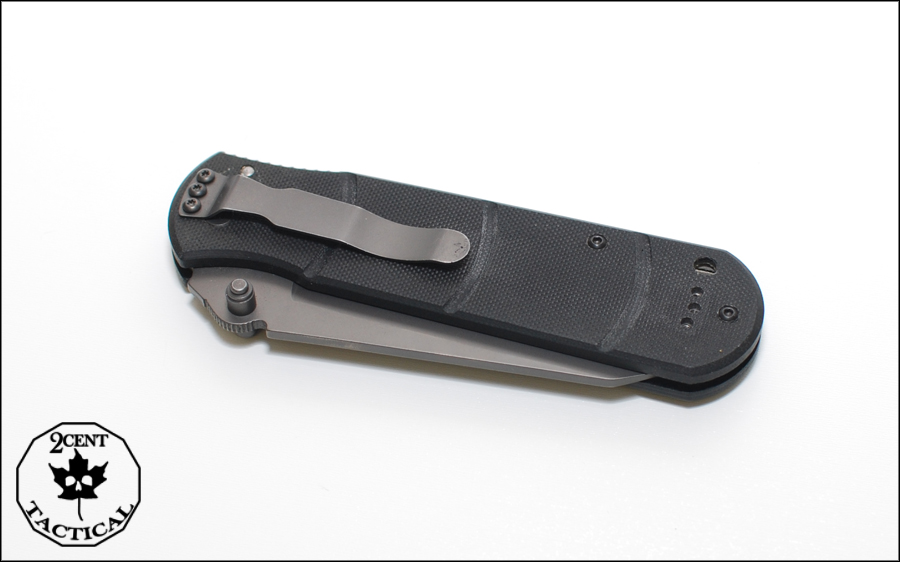 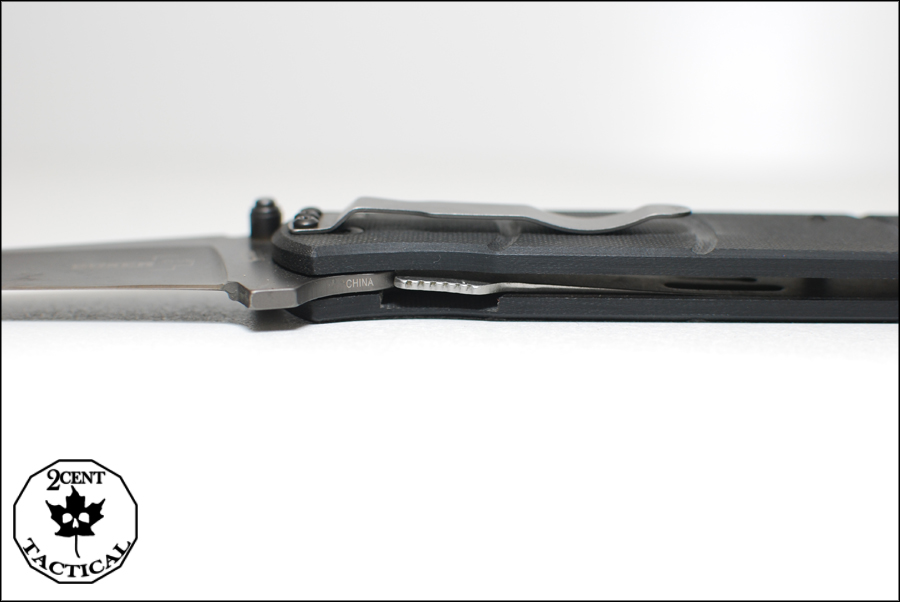 The knife has two hour glass shaped spacers and a stop pin that appear to be made of stainless steel also.  The clip is secured with three small torx screws and is covered in the same coating as the blade.  The body is fairly thin at the spine while wide across and a great length for bigger hands.  It allows the knife to be held in the various self defense and working grips with ease.

For a cheap self defense knife that is a no nonsense slicer the G4 is where you should look.  The handle may seem large to some people but it allows for ease of use in multiple grip types.  For the price this would make a great knife to toss in a bug out bag or in the center console of your vehicle.