With my recent change in occupation I have to use a whole new area of safety equipment that I tried to avoid like the plague before. Steel/composite toe boots were never synonymous with comfort. To me they just meant blisters on my toes. The reason for this is because a lot of companies just take an existing boot and cram the cap and some padding inside. So a normal width becomes narrow and wide becomes normal. So if you’re a freak of nature like me with giant feet this spells out bad news. However several companies actually realize this is a foolish and lazy way of making footwear and have designed the boot around the cap not the cap around the boot. 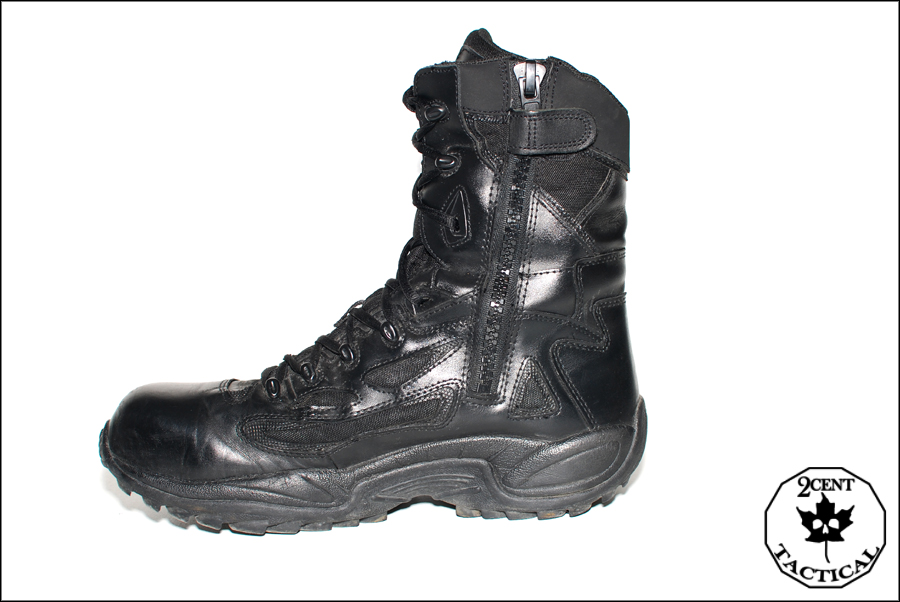 These boots for whatever reason had a weird rubbing issue on my ankle for the first couple of weeks. I am not sure if it was because of the way the boot supported with the now included side zipper or what. I alleviated this problem by wearing an extra pair of socks. I had a bit of rubbing but it didn’t blister or anything. So these did require a few weeks of break in but after that things softened up and no longer have that problem.

The next thing I wasn’t sure if I would like or not was the composite toe. All my other experiences with toe caps has been met with massive blisters on my toes. The cap was always put into an existing frame instead of a boot being made with more room to accommodate the cap. Thankfully you barely even notice the cap is in the boot which was a huge relief for me as I was going to be wearing these every day for the rest of my career for the most part. I have had them for six now and they have been the only boots I have worn to work during that time. They have seen a mixture of pretty much all of the weather Ontario and Alberta could throw at them during that time and still look practically brand new. 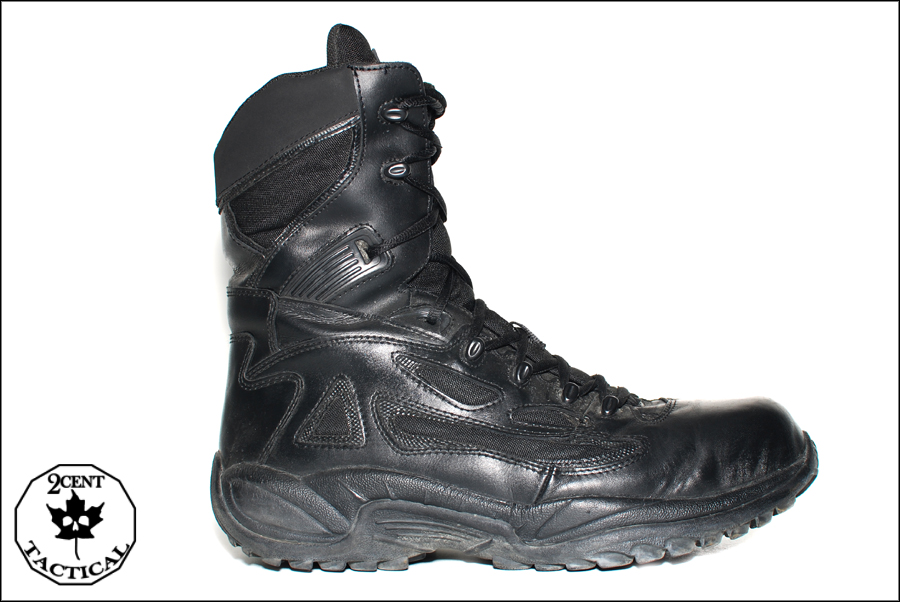 The outsole of the C8874 is the same as the C8891 that we reviewed previously. The grip on the sole is great and provides good traction on various surfaces including snow and ice. There is minimal squeak when wet on tile floor which is nice too. 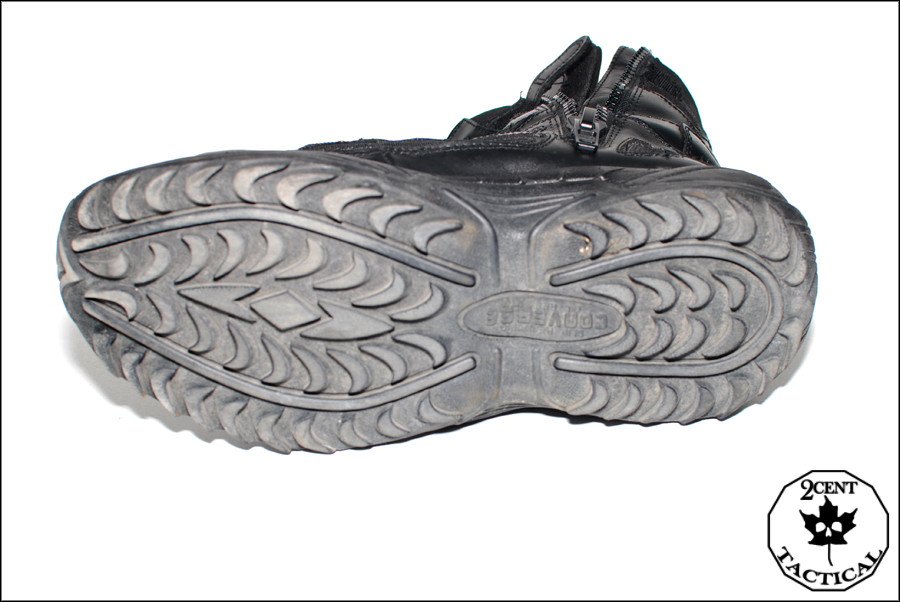 Inside the boot at the heel is a sorbothane like pad with the Converse star on it. This helps to absorb shock when walking and interfaces well with the insoles. 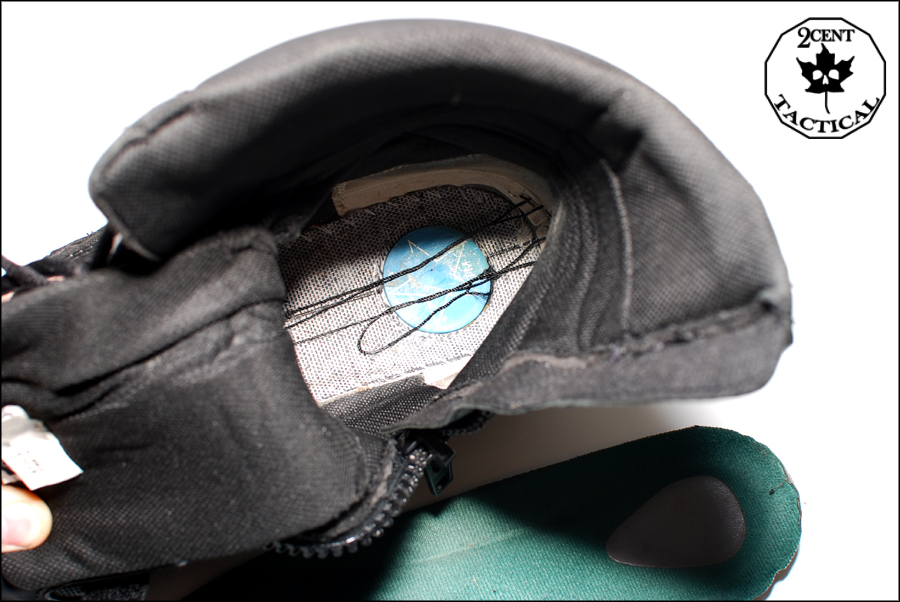 The insoles have molded sides to aid in support in your foot but has a area at the heel which has no over molding allowing the pad in the heel to work with the insole. The insole is also the same as the C8891. 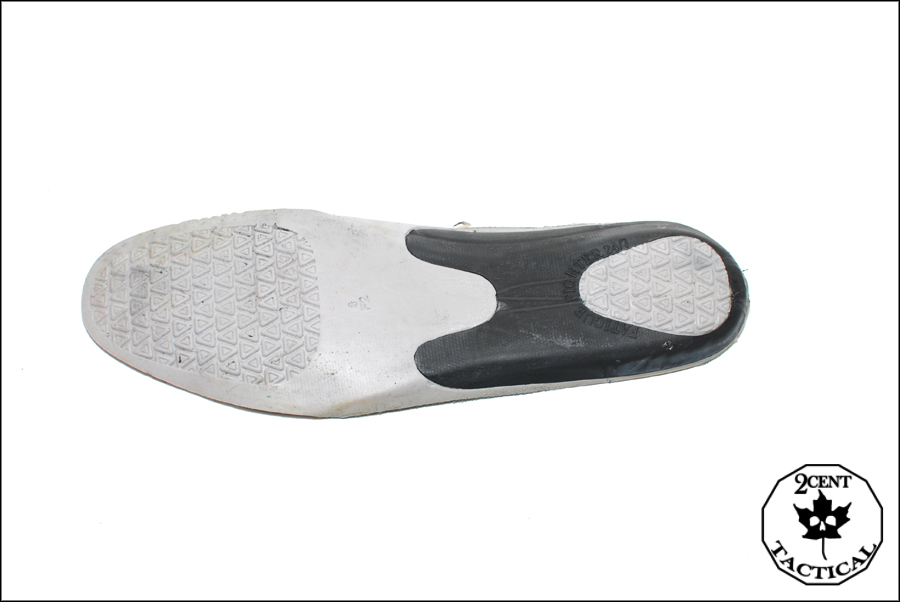 The outside of the boot is basically the same as the C8891 except its black, and it has a side zipper. I really like a well done side zipper and on a boot like this where you will be wearing it in a shop is nice. If for whatever reason your foot gets injured in the shop these can be removed with very little effort by the medical team when they arrive to take over the scene. Not only that but once you get them tied they take seconds to pop on or off. As I have said before if I was going to be patrolling the Afghan mountains for 6 months a side zipper likely wouldn’t be my first choice because it’s an extra part that can fail. In a shop environment where my house is a 15 minute drive away this is not a problem. If the zipper breaks I go home and grab another pair of boots. That said I don’t foresee these having an issue it’s a nice chunky YKK zipper. When the boot is zipped up a Velcro tab goes over the sipper to strap the zipper pull down and to protect it. This stops the boot from unzipping if it snags on something and helps prevent any damage it may receive on the various hazards that lurk at ankle level. 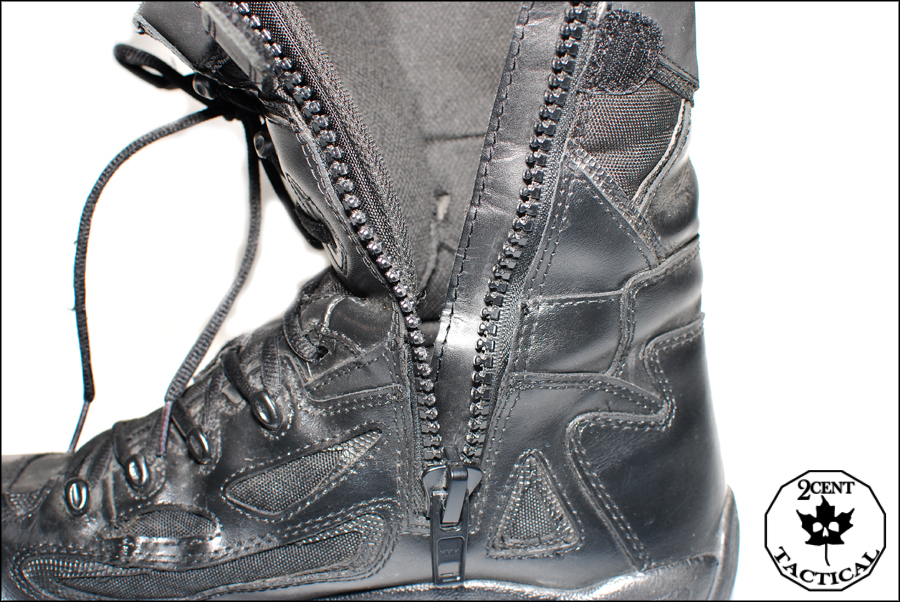 The toe cap in these boots is just plain awesome. Its built in such a way that your toes don’t even really brush into it. This stops your foot from getting a blister on the edge where it can rub against it. The cap is padded and smoothed out so it feels natural and like it’s supposed to be there unlike some boots where its abrasive and feels like your toes are in a MMA fight that they aren’t winning. These boots fit true to size so if you’re like me and require a 14 wide you actually get that. 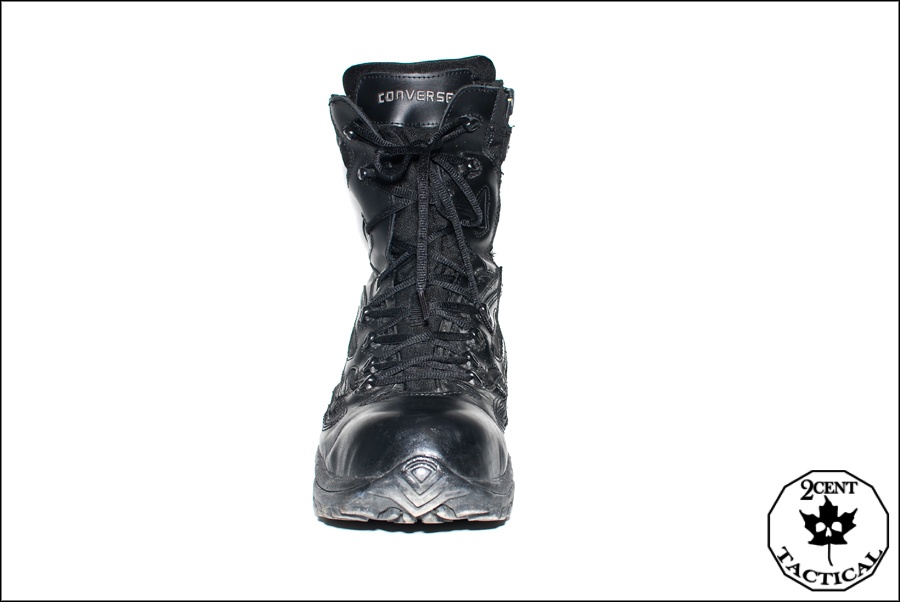 The laces work well to tighten the boot up and the various plastic fixtures are sturdily attached. The tongue and upper of the boot are padded to give you some added protection against protrusions and bumps your foot may sustain. The only part that isn’t really padded is the zipper section which is in the inside section of your foot and exposed to far less knocks. 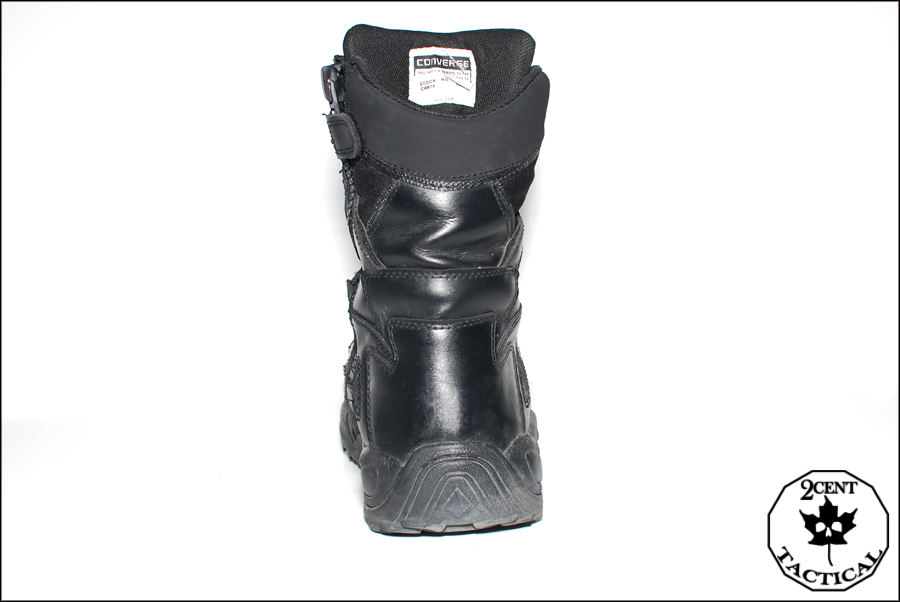 Having boots that have the same last is a great thing to have. If you have to swap between boots it’s nice to have ones that your feet are used to wearing. The support and absorption is the same and you don’t get that initial bit of awkward feeling you do when you go to two completely different boot systems made to different standards. The toe cap of these boots is the part that really shines to me. It feels natural and allows you to get on with your day instead of dreading putting on your boots in the morning or thinking how uncomfortable they are as you work.