As you may have noticed from my other article. I was demoed two models at SHOT Show the CDI Maxes and the other model was the Crossbow. The Crossbow kit comes with two separate frames the standard Crossbow frames and the Suppressor frames. The Suppressor frames are made for those of you who wear ear defenders while shooting and doing other tasks that require ballistics. 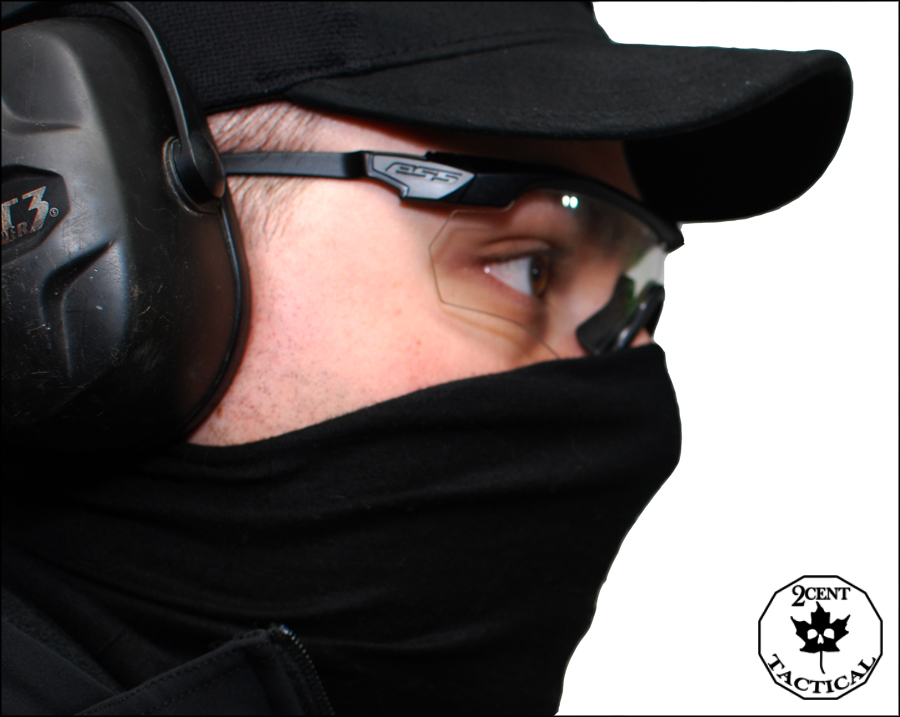 The big thing for me when I was demoed this kit were the suppressor frames. The reason I like these for my job is that I am constantly wearing over ear hearing protection. The suppressor frames have a thin arm that makes a smaller gap for a better seal. This means you’re hearing protection is more effective. The added benefit is you don’t have a massive frame jammed into your head from the pressure of the hearing protection. I also found this as a benefit when wearing a toque or as you non Canadians may call them a winter hat or watch cap. This is great for the same reason. I wore my suppressor frames with my Bilsom T3 ear defenders and they were a million times more comfortable than the other ballistics I have in my possession. I was not as much of a fan of the frames without something over them. The arms were just a bit too short and moved around a bit without the added pressure holding them to my head. Both frames have the deadbolt lens lock which make it near impossible to remove the lens from the frame. If you did manage to remove it your frames would be in bad shape. 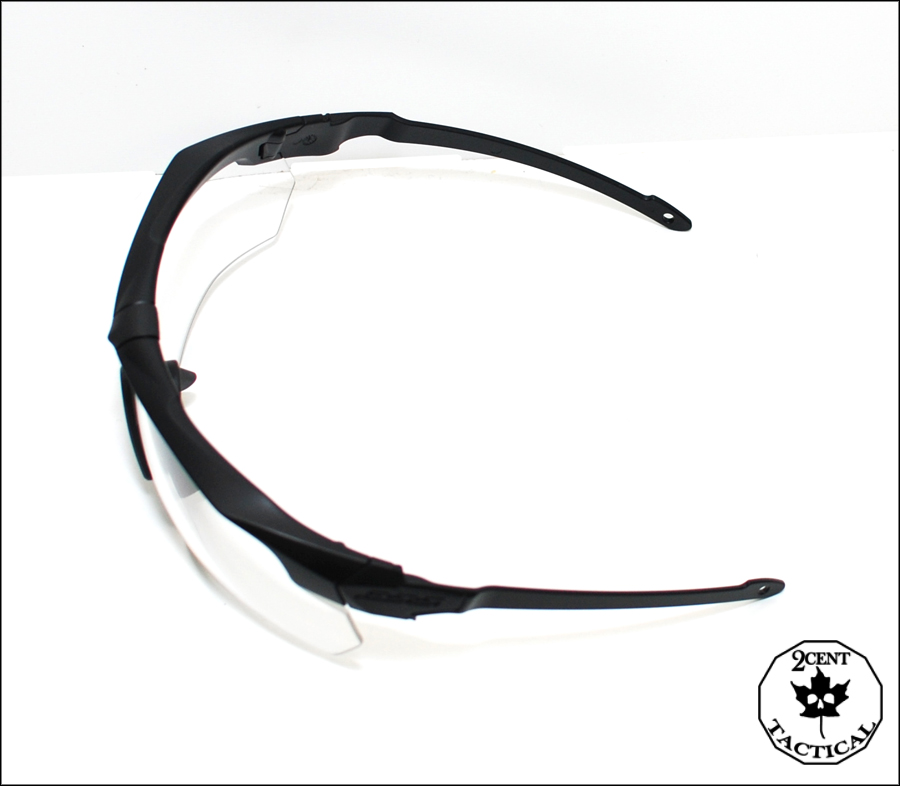 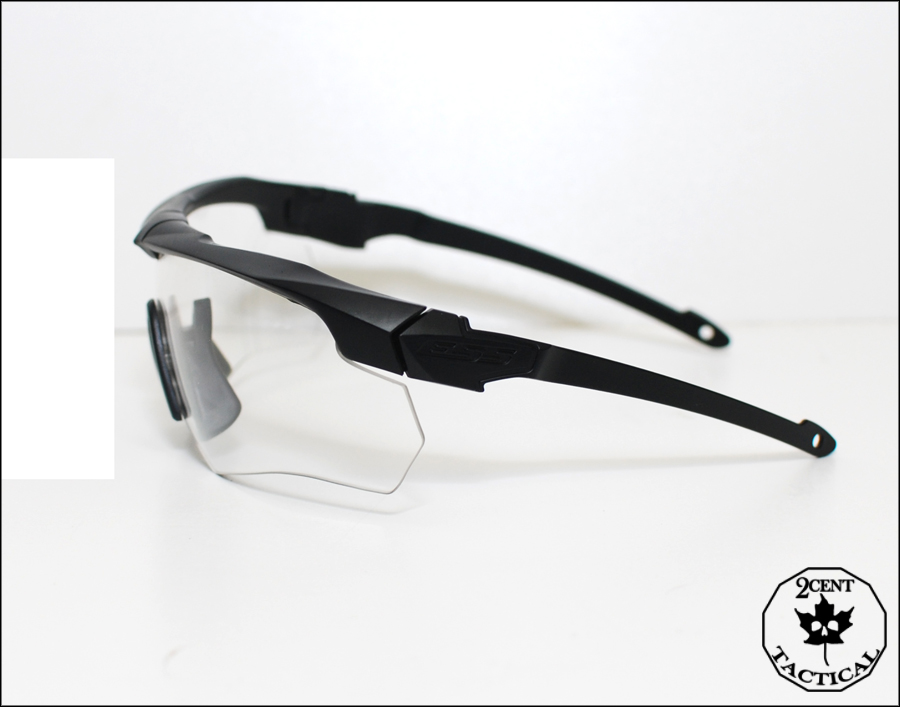 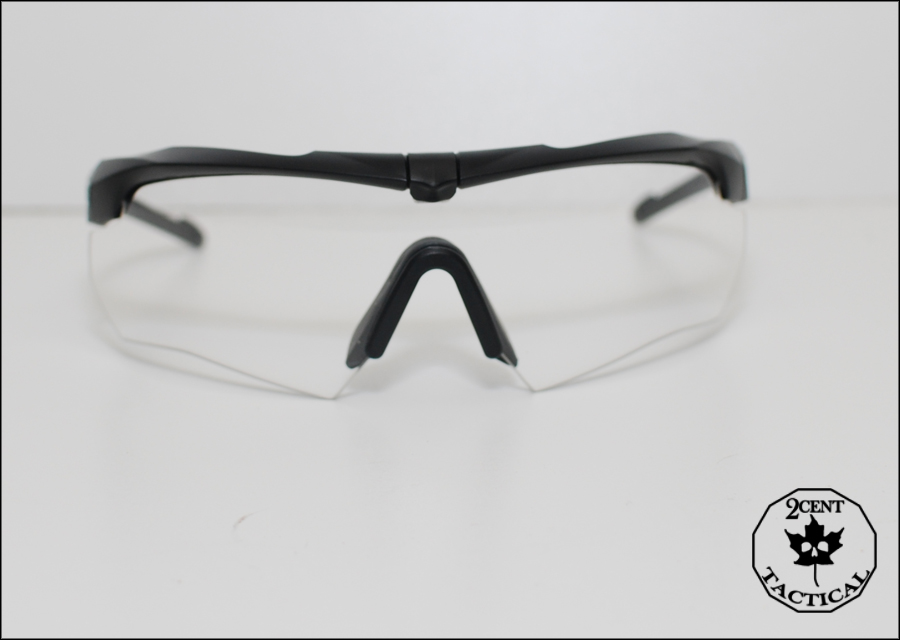 The Crossbow frames have the exact same front section to the frames. The difference is in the arms. The arms of the standard frames are longer, beefier and have a rubberized section on them. The rubberized section in the arms helps to keep the frames on your head. This is also aided by the curved arms. I can shake my head around like I am being tasered and they don’t move an inch. 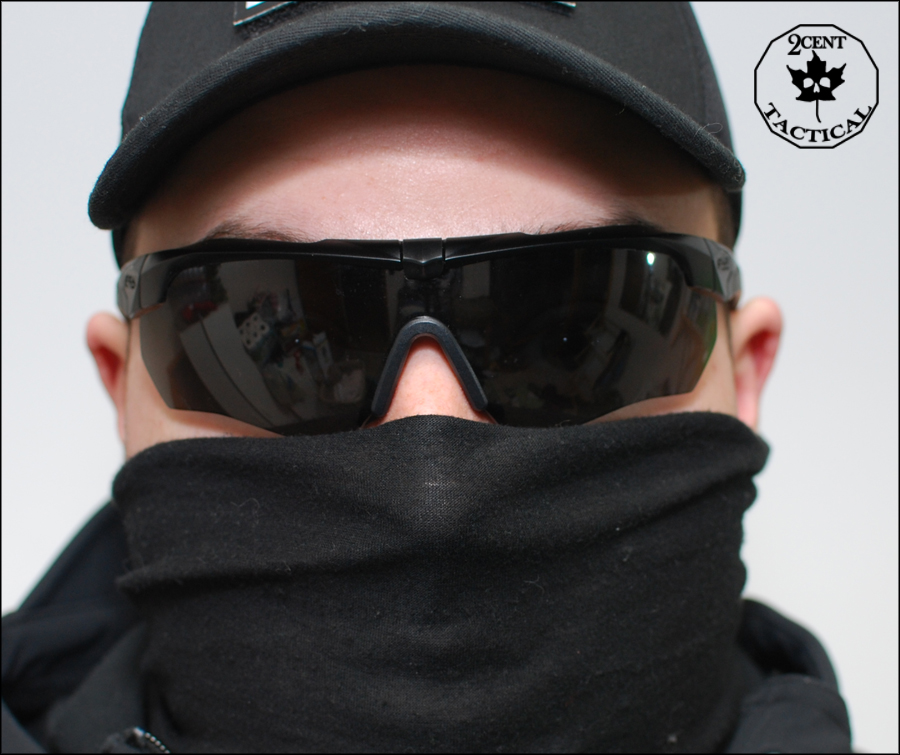 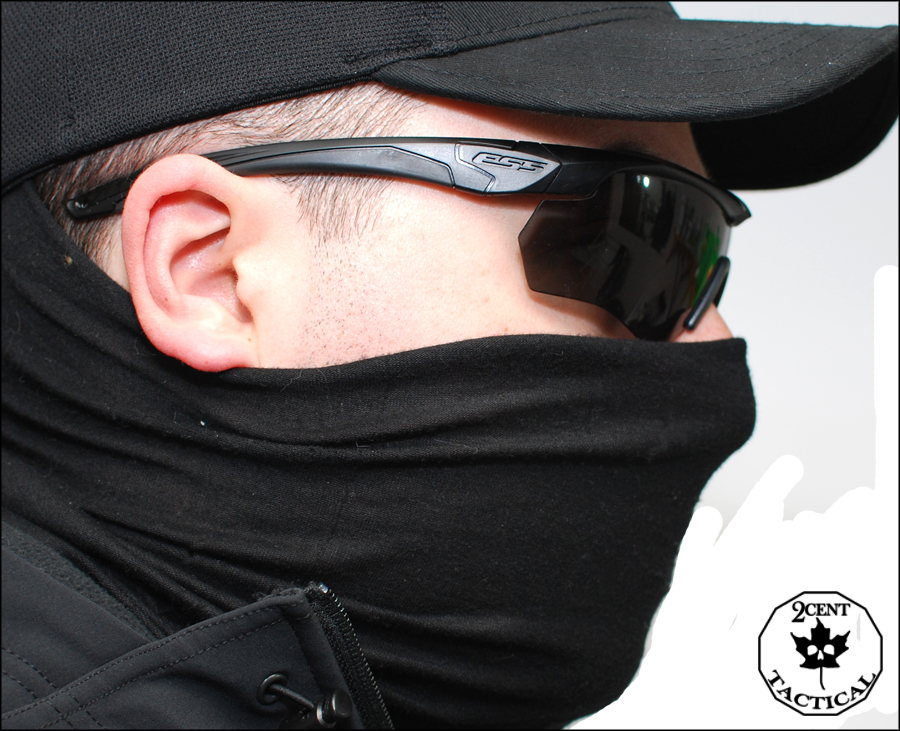 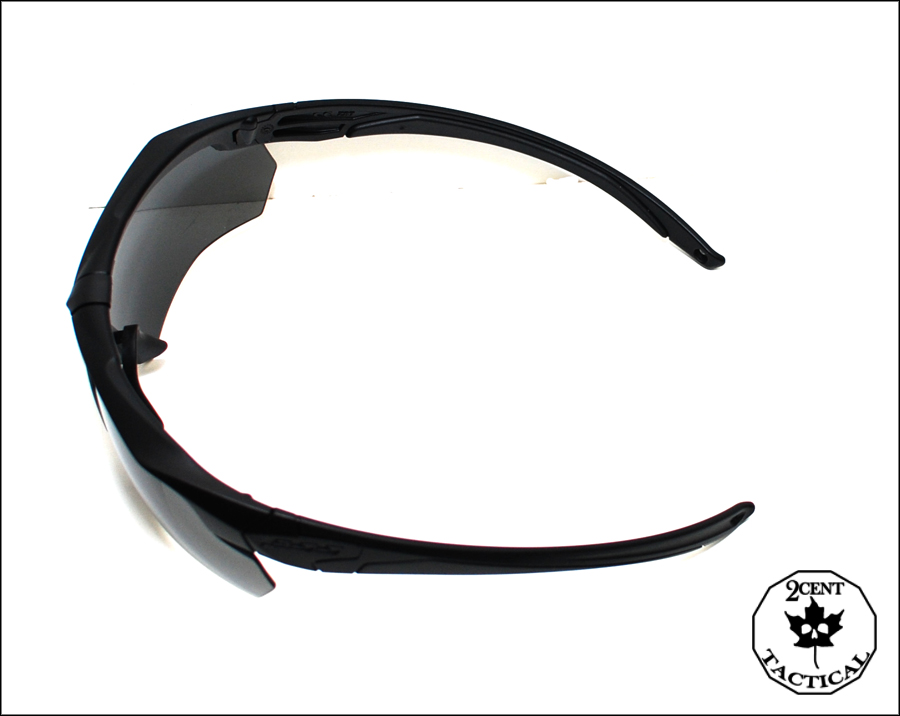 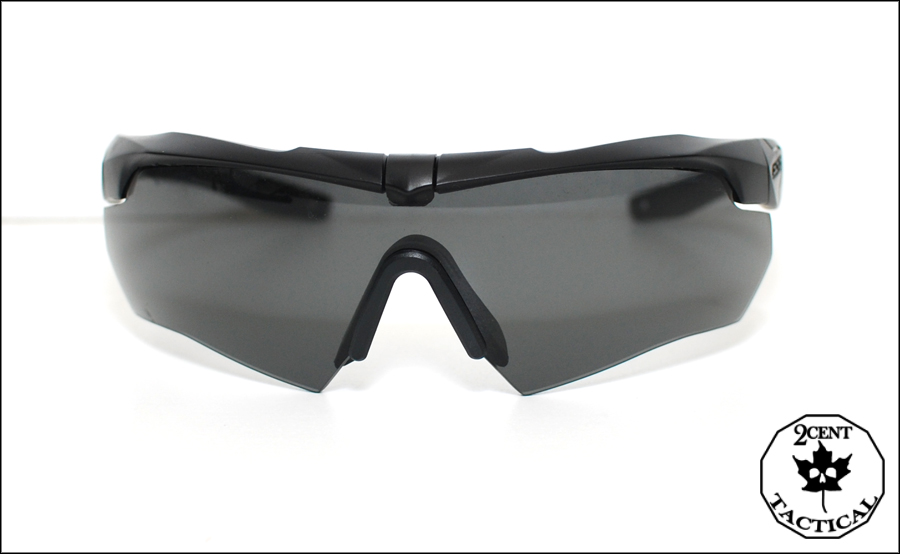 The kit comes with two separate set of lenses each attached to a frame. You get a clear and smoke lens like every other kit ESS offers. As I mentioned in my last article they are corrected in both the x and y plane so you do not get any distortion. In able to insert the lens into the frame you need to first open the deadbolt lock and place each corner of the lens into the frame. It may take you a second to click the lens in and don’t be afraid to use a little pressure. Once you are seated on each side slide the rest of the lens up into the frame. You can now pop the deadbolt back into place and you are ready to rock. The nose piece on the lenses is replaceable so if you lose one you can swap between your set of lenses or order a new one. I like the way they have it attached to the nose and I don’t worry about it coming lose like a similar model from another company did. These lenses are coated with an anti fog coating on the inside and an anti scratch coating on the outside. This is a unique feature as most companies make a combo solution to coat the lenses in.

The rest of the kit consists of a large clamshell case with a subdued ESS logo on it. The rear of the case has a molle compatible mount so you can attach this to your pack or other similar surfaces. Inside the case are two cut outs where the bottoms of each lens just under the nose piece slide in to keep them frames from moving around. The kit is a little on the big side but it does house two separate set of frames and lenses. The only way I could see this kit being smaller is to not have one frame assembled in the case. The kit also comes with a head strap so you don’t misplace your ballistics. The last piece to the kit is the storage bag/cleaning rag. The kit only comes with one of these. 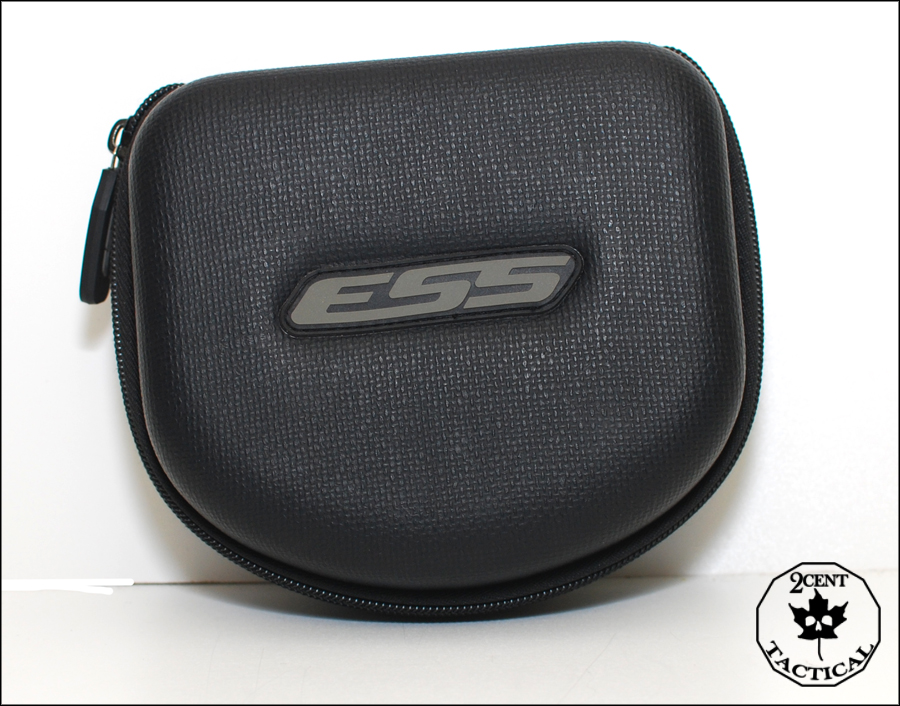 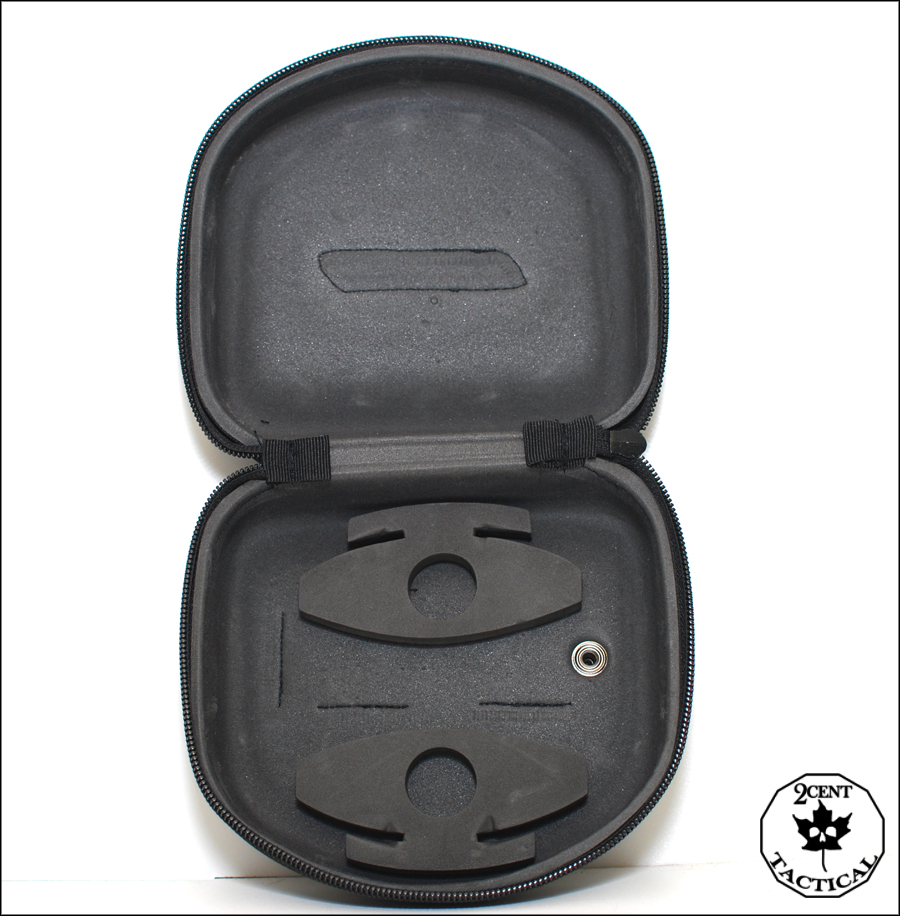 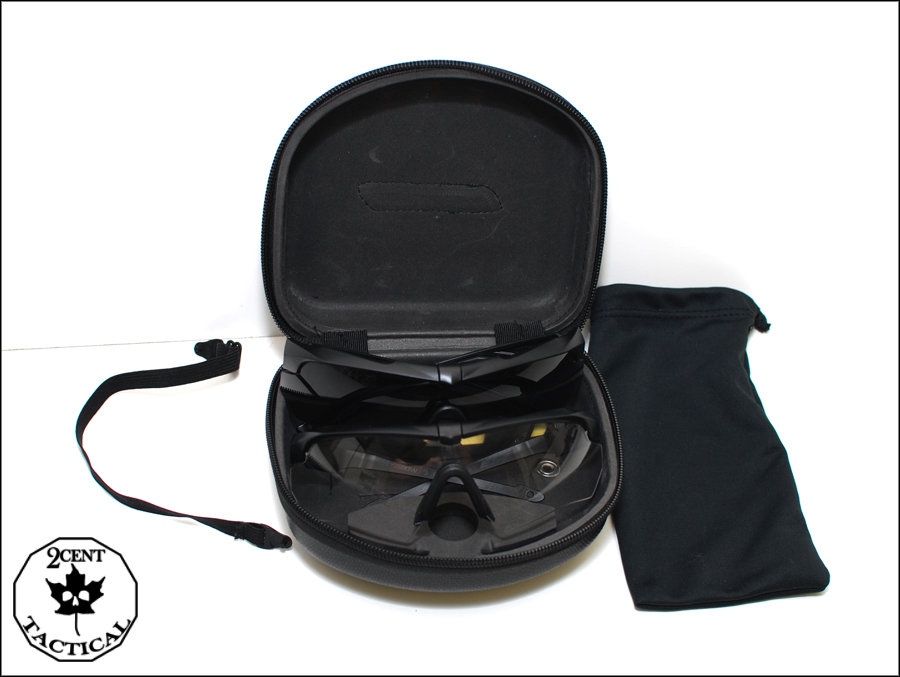 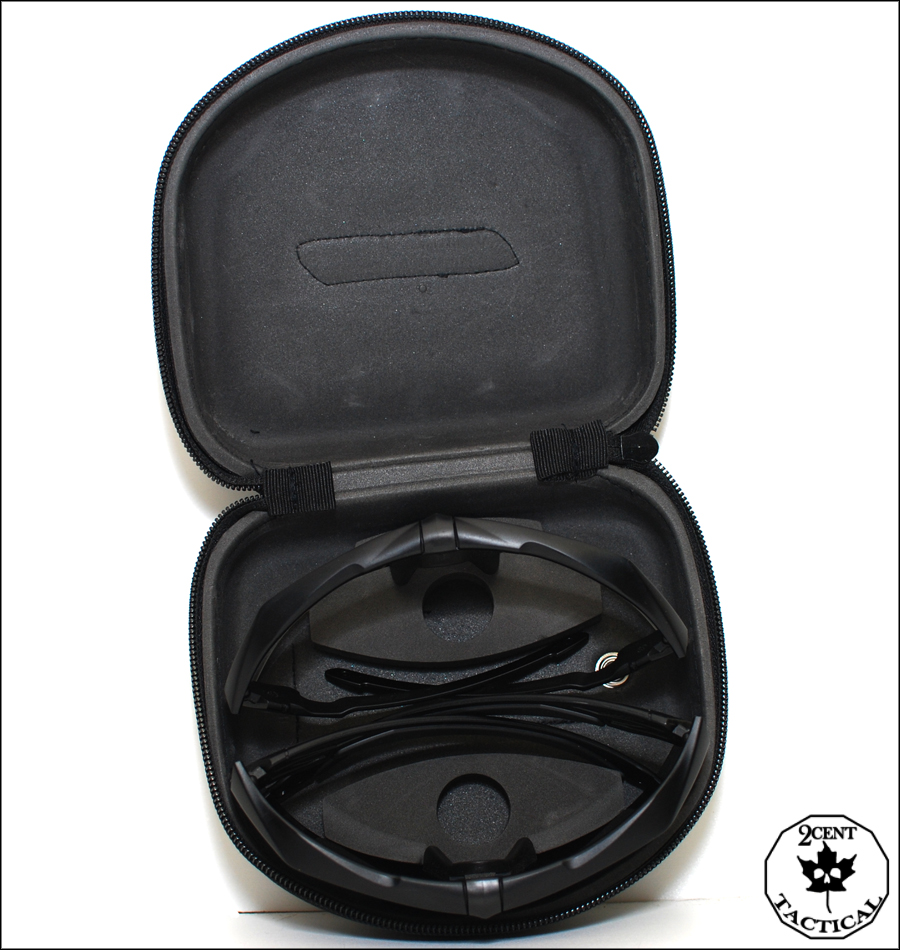 I was firing a lot of belted rounds through a gun a week or two ago and was happy to have my suppressor frames on as the casings and links were bouncing off the brass pile next to the gun. I took multiple hits to the lenses and got a good coating of CLP and carbon splashed back at me. It’s nice to have two frames both made for a different task. It also is good to have a spare set of frames nearby in case something does happen to the other. If you’re sick of the red marks that are left on the side of your head after a day at the range from wearing ballistics and over ear hearing protection you should definitely check these out.