U.S.-based Taylor’s & Company (which is out of Winchester, VA) is known for importing historical firearms. They now have something new to be excited about. It’s their new lever-action hunter: The TC86 Takedown Rifle. It’s pretty nifty because it dips its toes into modern functionality and old aesthetics.

It’s sort of anachronistic in that way.

According to Taylor’s & Company, the TC86 Takedown is a “hunting rifle where style meets functionality.”

Made for getting out in the sticks, while maintaining a classy design. The TC86 take-down lever-action rifle breaks down for travel, making it a versatile companion for any hunt, hike, or just go plinking at the range. It features a color case receiver, checkered pistol grip. and walnut stock.  A rubber butt plate absorbs recoil, and the wide lever size allows for easy use in all conditions. It also includes a weaver rail sight with a Skinner peep sight on it.

“Taylor’s & Company brings to the gun enthusiast classic firearms that made cowboys, lawmen, and outlaws famous, but with a modern twist,” said Rob Girard, VP of Sales & Marketing. “All Taylor’s premium firearms are made using the latest in precision machinery and high-quality materials with one goal in mind; to create reliable and accurate reproductions of Civil War, Old West, hunting and tactical guns from the 19th century. The TC86 Takedown is a perfect example of this.” 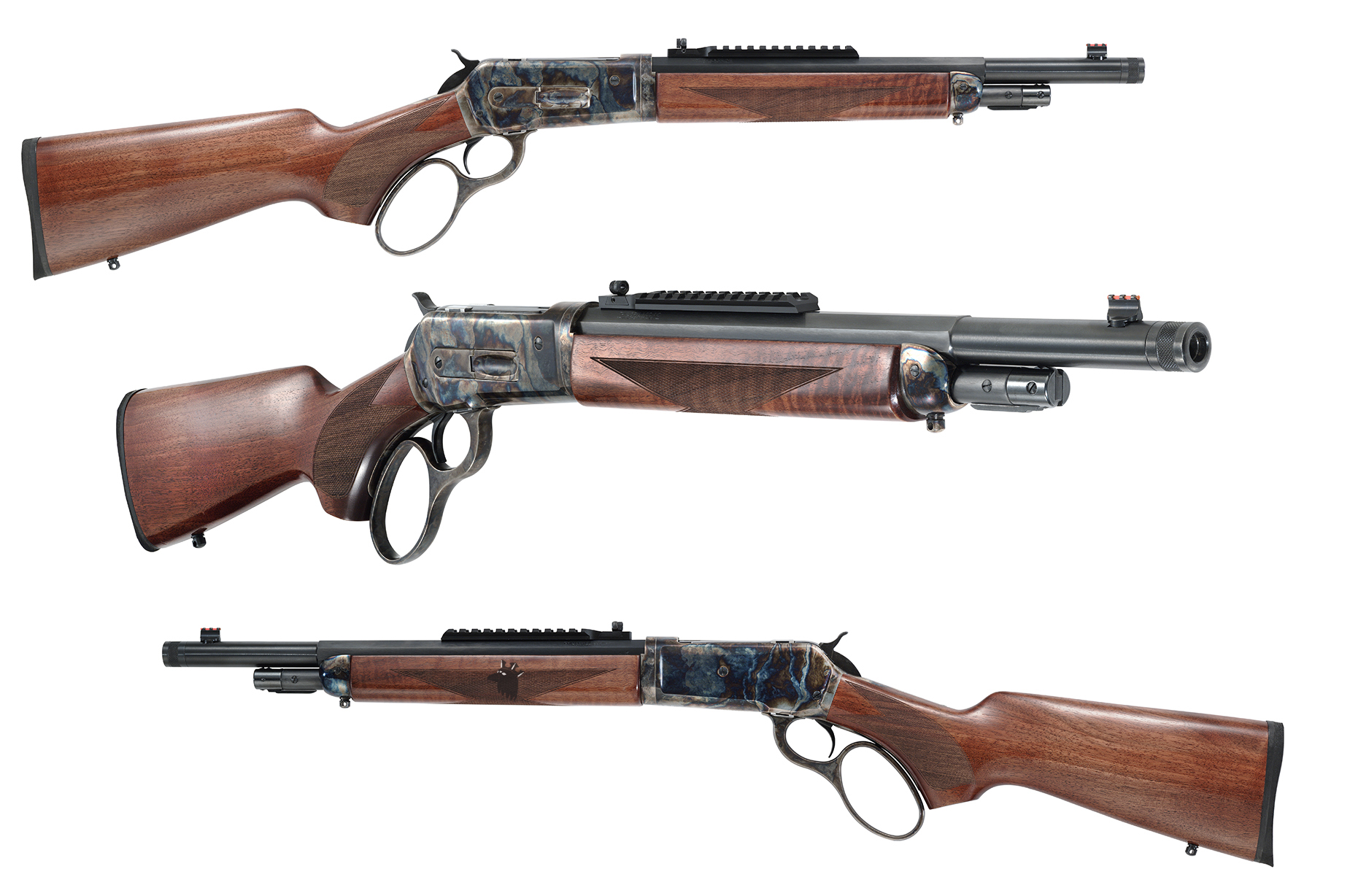 The TC86 Takedown is available and models are shipping now. To learn more about the TC86 Takedown and the product offerings from Taylor’s & Company, you can go check out the website at: www.taylorsfirearms.com

Bud Boomer is a former American Sheriff from Niagara County who doesn't like Canadian beer but does enjoy wearing flannel. After many years in law enforcement, followed by a few rotations overseas as a contractor with Hacker Dynamics (on the same PSD team, he's proud to say, as Bert Gummer, Tom Evans, and Walter Langkowski). He was an avid outdoorsman at one time, and will still sleep on the ground if he has to, but nowadays would prefer to stick to day hikes and climbs and sleeping indoors where it's comfy and warm. He has been hopelessly lost in the Canaan Bog at least half a dozen times, but still enjoys practicing land nav there. Bud believes anyone who eats poutine râpée is either a commie or stupid.